Long ago, the people of the Selkirk First Nation were known as the Hucha Hudan people, meaning Flatland People. The reason for the Flatland name was because of the landscape in Fort Selkirk, where the land is flat on both sides of the river. Although the modern world has made its footprint in our lives, we still rely heavily on the land for survival.

Our citizenship population is approximately 671 and growing every year. About 40% of the citizens reside in Pelly Crossing while the other 60% live elsewhere in the Yukon and across Canada.

Through our rich history, culture and traditions, we, the Selkirk people, are striving to become a self-sufficient First Nation. Since the beginning of time, our people have used our land for healing, nurturing and guidance. Our footsteps today still walk alongside our ancestors in practicing our traditional lifestyles and will continue for generations to come.

The Northern Tutchone people have their own way of social organization, which is known as the clan system. There are two clans: Wolf and Crow. Clan membership is based on the mother, which means a child belongs to its mother’s clan. Whatever clan a person was born into, this is the clan that they will have throughout their lives. The clans represent who we are, our connection to other families and our connections to our environment.

The Northern Tutchone people’s society was based on the concept of the group – emphasis was not placed on the individual but the community as a whole.

Elders were, and continue to be, the threads of our community, holding it together. Their roles are an extensive list of responsibilities that assist in the safekeeping of the traditional cultural ways.

Elders hold knowledge and are our history keepers. 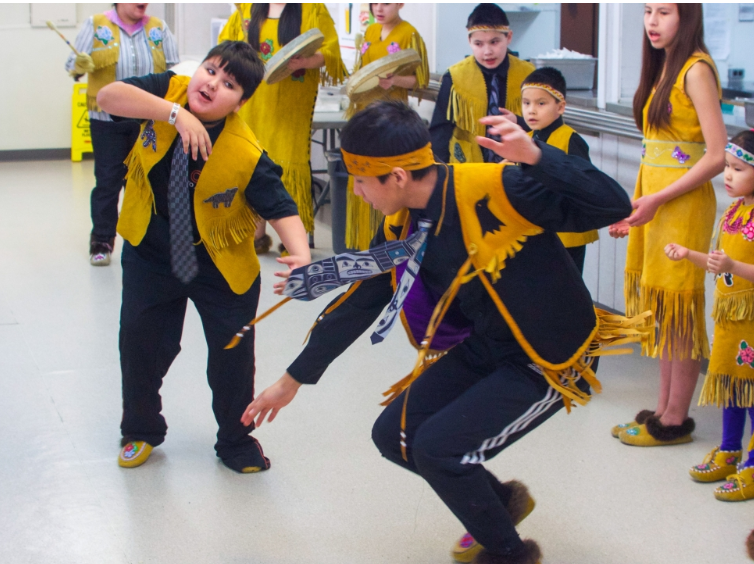 We have our own songs and dances, which reflect our way of life and our stories. We continue to practice our traditions with fish camps, hunting camps, teaching our language at the school, sewing and language classes, cabin building, dancing and singing (Selkirk Spirit Dancers).